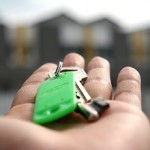 Property website Zoopla has revealed the most affordable places for first-time buyers, with a clear divide between the north and south of the country.

Top of the affordability list is Hull, thanks to its average low house prices and affordable deposits. Zoopla's study also took into account data such as the tax relief available on stamp duty, and the cost of servicing a mortgage versus paying rent.

Each area was then given an affordability score out of 10, with Hull reaching 8.35 versus a national average of 7.29. Middlesbrough, Liverpool, Nottingham and Coventry made up the rest of the top 5 most affordable locations.

"It's no surprise to see cities in the north offering the most viable options for first-time buyers in Britain. Prices in Southern England have continued to rise at a relatively fast rate, making it very difficult for the average first-time buyer to get on the property ladder.

"The recent relief from Stamp Duty Land Tax on the first £300,000 of a property purchase will clearly help those aiming to get on the property ladder."

If you are buying or selling a property, call our team for a free, no obligation conveyancing quote. Speak to us today on 01942 366 388.