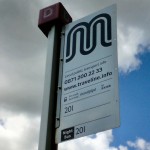 Family thrown off bus because of crying toddler

A mother and her two children have been thrown off a bus in Kent because the youngest child, 15-month-old Tommy, was crying.

Susan Tanner, Tommy, and his six-year-old brother Frankie, were making the 35-minute journey from their home in New Romney in Kent to Folkestone, to buy clothes for Frankie's first day at school next week.

The family was let off the bus in Sandgate village, five minutes drive from Folkestone. Despite having already paid £6.40 in bus fares, Miss Tanner was forced to call her partner for a lift.

After being dropped off in Folkestone, the mother-of-two approached the bus station to complain, only to be told she would have to fill out a complaint form in order to get a refund.

A stagecoach spokesman said the driver's action was strongly against company policy.

The incident follows a separate complaint in August, when a mother from Cardiff claimed that one of Stagecoach's drivers refused to help her find a seat for her toddler who has cerebral palsy.

Alisha Frost, 24, was forced to sit on the floor while holding her brain-damaged son Jack in her arms.

If you are looking for a litigation lawyer, contact us today for advice on 0845 603 0708 or email answers@nationalsolicitors.com.

.... based on the fact that we're a friendly, professional firm that won't tie you up in jargon.

We offer a straight forward, cost effective service, from a team of experienced solicitors...

Whether you need Conveyancing, Litigation or Employment support in Smethwick, Birmingham or nationally, please call us !