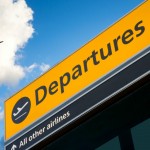 A pilot who alledgedly fell asleep during a long haul flight is suing Virgin Atlantic for £1.7 million after he was dismissed. The pilot, Mr Michael Lawson, suggested he had become the victim of "untrue speculation".
He said that he was harshly treated by his employers after it was said he took "40 winks" during a flight from Heathrow to Gatwick in 2015.

The pilot was fired by the airline in May 2017 with the Virgin Management team listing his failure to pass two flight simulator tests as the reason. By reply Mr Lawson, 48, suggested the assessor had been "unnecessarily aggressive" as a function of the Hong Kong flight.

As part of his emplyment claim he is also suggesting disability discrimination on the basis that he was mentally unwell due to stress and anxiety at the time of the tests. This was caused, in part he said, by his inability to defend himself against the rumours.

His original disability claim was thrown out by a tribunal in January 2019 but Judge Matthew Gullick, of a subsequent Employment Appeal Tribunal, reinstated the claim.

During the original flight to Hong Kong both Mr Lawsons co-pilots fell violently sick. This instance led to him being in sole charge of the aircraft. He subsequently landed the aircraft in Hong Kong but the incident gave rise to rumours and these seemingly led to reports of his colleagues being unwilling to fly with him.

Consequently Virgin Atlantic "stood him down" from flying duties between October and November 2015. He was later dismissed.

Mr Lawson has since found a job with another airline and is currently pursuing Virgin for compensation. As such Judge Gullick ordered that his disability and unfair dismissal claim be reinstated and heard in full.

As a law firm we are dedicated to the needs of our private and corporate clients.

At the same time we recognise the needs of the wider legal community and are able to work with consultants across a range of disciplines.