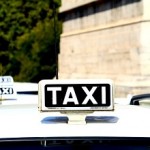 Wigan's hackney carriage drivers will have to stump up the £7,000 cost of an independent survey that found there was no need for more vehicles.

Last year a town hall committee ruled that the borough was not in need of additional hackney carriages following recommendations from council officers. However, the authority is required to carry out an independent review to ensure the correct decision has been made.

Specialists CTS carried out the survey which involved almost 300 hours of observation of taxi ranks across the borough. It concluded there was no need for additional hackney carriage licences to be issued.

Now, several licence holders who have asked not to be named questioned whether the town hall was correct in recovering the cost of the report from an increase to this year's fee.

A town hall spokesman moved to clarify the situation, saying:

"The cost of the previous survey was recovered through an increase in the hackney carriage vehicle licence fee at the time.

"All fees that vehicle owners have been paying since then have been to cover normal operational costs including licence processing, vehicle testing, enforcement and provision of taxi ranks."

Licence holders are required by law to pay for such surveys and the £7,000 cost will be recovered from the borough's 136 drivers, at a rate of £51 each.

If you are in dispute with your employer, speak to our team today for expert, confidential legal advice. Call us on 01942 366 388.