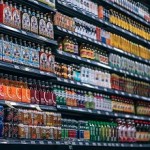 Tesco is facing Britain's largest ever equal pay claim, and a bill that could be as much as £4 billion.

Thousands of women who work in Tesco stores could receive back payments of around £20,000, if a legal challenge is successful.

Lawyers say that female store staff who are paid hourly earn less than men who work in warehouses, even though the value of the work is comparable.

Tesco said it worked hard to ensure that all staff were paid "fairly and equally."

Paula Lee, of Leigh Day solicitors told the BBC that her firm has been approached by more than 1,000 Tesco staff and will this week take the initial legal steps for 100 of them. She said the most common hourly rate for women is £8, whereas for men it can be as high as £11 per hour. She said:

"We believe an inherent bias has allowed store workers to be underpaid over many years.

"In terms of equal worth to the company there really should be no argument that workers in stores, compared to those working in the depots, contribute at least equal value to the vast profits made by Tesco. The law has been there since 1984 - you can compare with a different job."

If you need assistance with any aspect of employment law, call our Wigan team today. You can speak to us in confidence on 01942 366 388.