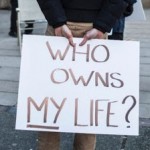 Germany's highest court has overturned a ban on assisted suicide and fully legalised the process.
Prior to this organisations, institutions and Doctors who assisted those wishing to end their lives could face upto three years in prision. In the latest development the German court decided that preventing assisted suicide infringed an individuals right to choose to die.
Speaking about an individual case Mr Andreas Vosskuhle, the court president, said, "We may regret this decision, but we must ultimately accept his free decision".
The court ruling only allows doctors to prescribe drugs to help an individual die, but that person must chose to take the drugs themselves.
Prior to this ruling Germany allowed relatives and doctors who helped a single person die would be exempt from criminal charges. But if this happened on a larger scale then criminal charges would apply.
The distinction was created in 2015 to prevent commercial operations entering into, or creating, a new marketplace.
The palliative care Doctor  (end of life specialist) Dr Matthias Thons told the press, "This is a good judgment for people in desperate situations, who we can now treat according to our conscience."
By contrast the former German health minister, Hermann Grohe, said, "I believe this is likely to pave the way towards normalising suicide as a treatment option."
To this point we are unaware whether the UK Government intends to comment on this development.
Should you wish to discuss your legal rights please do not hesitate to contact us.