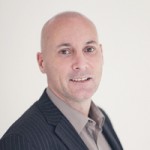 He's a former Tunnel Engineer, Estate Agent (sorry), Mortgage Broker and IFA. He followed his dream to be a commercial pilot but a civil war in Zaire, a corneal ulcer and a girlfriend "headache" put paid to those ambitions.

At 29 Jon came back to the UK and tried to get back into the insurance sector. Needing a job, after months of flying, led him to send out a mailshot to hundreds of firms. He was latterly embraced by the lighting industry as an Export Clerk. Which meant starting his career afresh.

He worked on the Wobbly Millennium Bridge (Project Manager), Millennium Dome & was instrumental in putting Searchlights on top of the Eiffel Tower.

Jon did the lighting demo by driving a 8ft tall searchlight through the Channel Tunnel and rolling up at a business park by the side of Paris Charles de Gaulle airport. The lighting firm insisted the searchlight, which can be seen from 20 miles away, was switched on without warning the authorities. Jon says, "they do things differently in France ..."

Ultimately he became the marketing manager for a lighting firm turning over £20million pa.  Sadly Foot and Mouth happened (which affected sales to the West End Theatres), the Millennium Dome chaps didn't pay up, the directors took too much money out of the business... and the firm went bust.

Hence Jon found himself back at the job centre again where he subsequently picked up a position as a solicitors "salesman". Not too much later he set up Legal Brokers Ltd.

When Home Information Packs were around Legal Brokers Ltd (NationalSolicitors.com is a trading style of LBL) got it's turnover to 7 figures. The loss of HIPs made the firm concentrate on it's key marketing roles. Predominantly internet generated legal enquiries & property searches. LBL / NS supplies Personal Injury cases too to existing clients on a gratis basis. ie. simply as a gesture of goodwill.

With the rise of Quality Solicitors Jon looked at their model and subsequently devised a marketing solution for firms that meant they didn't have to relegate or overwrite their existing brand. Hence the National Solicitors concept.

Jon's ran various marathons around the world, completed a relay swim across the Channel, ran the bulls at Pamplona, accidentally picked up a Black Belt in Ju Jitzu, completed the Iron Man etc etc.

Jon still flies and, with a further stroke of good fortune, he won the GPS category of the 2012 Round Britain Microlight rally.

Plus in 2013 he set the unofficial record for flying a Microlight from Manchester to Canada (and back) and was awarded the BMAA (British Microlight Aircraft Association) "Chairmans Trophy" as a consequence. Prince Andrew subsequently awarded Jon the "Britannia Trophy" in May 2014 courtesy of the Royal Aero Club.

From a charity perspective LBL / NS has raised just over £17,000 for two Cancer Charities. Check out www.justgiving.com-jon-hilton.....

He's the eldest son of an Insolvency Accountant & Social Worker.  He has a half share in a beautiful little daughter.

If you represent a law firm of any description, and can get to a nearby airfield, Jon would love to fly in and have a chat...


Get in touch with your query or requirements
Find a solicitor Looking for a local solicitor?

We are simply a branding and online marketing solution for solicitors. One that emphasises a firms strengths and provides clients with the reassurance you're part of a Nationwide network.