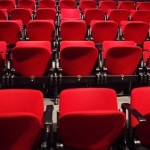 Hit television series Glee may have to be renamed in the UK after its creators 20th Century Fox lost a legal battle with the Birmingham comedy club which shares the Glee name.

The US entertainment giant was defeated as it appealed an earlier court ruling that it had infringed the Hurst Street venue's copyright.

Lawyers acting for Fox had previously argued that renaming the successful television series in the UK would have "catastrophic consequences" for the company.

Although there will be no new episodes of the television series, experts stated that the ruling could affect repeat showings, as well as merchandise, DVD and CD sales, and upcoming performances of the spin-off stage show.

The court's decision was welcomed by Mark Tughan, who runs the Glee chain of comedy clubs through the Comic Enterprises Ltd (CEL) company.

Following the ruling CEL may even be able to claim a percentage of the profits earned by the television series.

If you need our assistance settling a dispute, contact our litigation team today on 0121 355 4700.