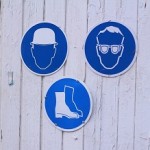 A Birmingham company and its director have been fined over the death of a worker who fell into a waste-sorting machine.

The machine was later found to be in a dangerous state, with no emergency stop button or guards to prevent entrapment.

MCPS admitted a charge of corporate manslaughter and was fined £255,000. Company boss Jagbir Singh, 37, pleaded guilty to a health and safety offence and was ordered to pay an additional fine of £11,500.

He admitted the company had failed to ensure sufficient measures were in place to minimise risk to workers operating the machine. Mr Khan is thought to have been on top of the device clearing debris before he died.

"This terrible tragedy is made so much worse by the fact it could have been avoided.

"It was almost inevitable that somebody was going to be seriously injured or killed, given that the company prioritised cost-cutting over safety.  A culture of negligence resulted in this sad loss of life."

If you have been injured at work and believe the negligence of another was to blame, you may be eligible for compensation. Call our claims team on 0121 355 4700 to find out more.