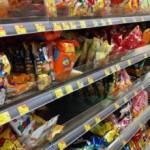 The landlord of a Birmingham business has been ordered to pay £3,004 after pleading guilty to health and safety offences.


"This accident could have been much worse if an elderly, disabled or young customer had fallen into the basement, but it shouldn't have happened at all. Blake failed to ensure the work being done to the shop floor would not put customers' safety at risk while the shop was open.


"All businesses and landlords have legal obligations to ensure that contractors have adequate controls in place to protect employees and members of the public.


"Our officers will continue to take action where health and safety standards are not met - to help ensure incidents like this do not happen in future."


The woman was taken to City Hospital by ambulance after being helped out of the basement by two workmen, where she was treated for bruising to her ribs.


If you've been involved in an accident and want to make a compensation claim, contact our accident solicitors on 0121 355 4700 for advice.