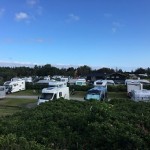 Travellers at two sites in Birmingham have been ordered to leave the area by today, Monday 8 May.

The eviction notices were served to travellers at King's Heath Park and Moor Green Lane in Moseley. Bailiffs for Birmingham County Council will enforce the orders if the groups do no leave by today's deadline.

The presence of the travellers has been having an adverse effect on local life, and the camp at King's Heath forced a Stroke Association fundraising event to be cancelled on Sunday.

This latest operation follows a series of similar evictions around Birmingham in recent weeks, including one at a secondary school car park in Weoley Castle.

Local people have accused the travellers of causing noise, disruption, and leaving behind rubbish including an estimated clear-up bill of £30,000 at Perry Park in Perry Barr.

Some travellers who have spoken to the media claim they have nowhere to go and that finding sites is more difficult than ever.

"The council is committed to actively protecting its land and will take steps to recover this land where illegal encampments encroach upon it."

If you are in dispute with an organisation or individual, our Birmingham litigation solicitors may be able to help. Call our team on 0121 355 4700 to discuss your circumstances.