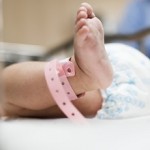 A girl who was left severely disabled after mistakes were made by hospital staff during her birth has won more than £2.7 million in compensation.

The girl, who is now aged 10 and cannot be named for legal reasons, was born at Birmingham Women's Hospital in 2007.

She was starved of oxygen in the womb after medics failed to identify signs that she was in distress. The High Court heard that as a result, she has "profound" physical and cognitive disabilities.

Through her mother, the girl has sued Birmingham Women's Healthcare NHS Foundation Trust for damages. The Trust admitted liability "at an early stage" and has agreed to pay a lump sum of £2,744,740 as well as annual payments to cover the costs of her care for life.

The family also received a public apology from NHS lawyers.

Jonathan Jones QC, for the family, told the court:

"She is a very brave girl. She has profound disabilities and some preserved intellect.

"It has been an arduous journey... they are very happy the settlement has been reached. They wish to get this case over with."

If your health has suffered and you believe the negligence of a healthcare professional was to blame, you may be entitled to compensation. Call our claims team on 0121 355 4700 to find out more.