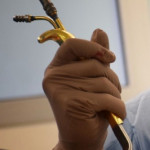 In what victims hailed as the culmination of a "fierce" 10-year legal battle a Paris court has ruled that hundreds of British women should receive compensation for faulty French-made breast implants.
The Paris appeals court ruled negligence by German firm TUV Rheinland in awarding safety certificate has paved the way for compensation for 2,700 women - including 540 Britons - who said they had suffered long-term physical and mental problems from the implants. TUV has denied any wrongdoing.
Made by French company Poly Implant Prothese (PIP) the implants had been filled with cheap industrial-grade silicon not cleared for human use. The substandard implants were manufactured between 2001 and 2010 by PIP which was wound up that year and its founder was later handed a prison sentence. In a statement after the ruling TUV said: "The evidence in this case clearly shows that TUV Rheinland acted diligently, in compliance with applicable regulations, and it was not its role to track down the fraud pursuant to regulation."
It is unclear whether it intends to appeal the verdict.
The decision could have implications for tens of thousands more victims from dozens of countries. It is estimated up to 400,000 women worldwide have received the illegal implants - including 47,000 in the UK. Latin America was greatest affected by the implant scandal there are estimated to be 60,000 victims in Colombia alone.
60-year-old Jan Spivey, a British victim, was among the first to launch legal action having been given PIP implants after she had a mastectomy due to breast cancer. Speaking to The Daily Telegraph she said: "I'm delighted. Even though we are only a small group of British women who started this claim we have … opened the door to additional claims for women all over the world."
The French lawyer who represented the women, Olivier Aumaitre, said: "We are delighted with this outcome which definitively puts an end to the doubts about TUV's responsibility. "After 10 years of waiting and fierce combat, the German certifier will have to fully compensate the victims."
In a statement, PIP Implant World Victims Association said it was seeking damages ranging between €20,000 (£17,000) and €70,000 (£60,000) for each victim. The first ruling on compensation is expected in September.