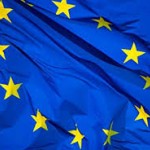 These days you can pretty much insure anything, pay the right price and you can insure Ronaldo's foot, a masseur's hands, the taste buds of a food critic, however, is it possible to insure an island for economic stability and years of peace?
That's the essence of the Brexit Backstop question. MP's in Westminster are unhappy with the backstop and have asked the Prime Minister to reopen negotiations with the EU on this aspect of the divorce deal. Specifically, they want 'alternative arrangements' to replace the Backstop, that can keep the Irish border open.
This aspect is already written into The Withdrawal Agreement and notes that the UK and EU intend 'to replace the backstop solution…by a subsequent agreement that establishes alternative arrangements' therefore this is why the Backstop is referred to as an insurance policy; everyone hopes it won't have to be used.
Whatever compromise can be agreed it is important to remember it is just one small part of the Brexit deal for Northern Ireland. While trade and markets have dominated discussions, there are crucial provisions for human rights and cooperation in Ireland that are all central to the peace process.
With the Backstop pulling the attention, the guarantees in the other parts of the deal should not be forgotten.
Can the peace be insured? The answer is, 'yes'. But, like most insurance policies, there are conditions attached; follow the Single Market rules, earthquakes aren't covered, and you have to stay in the customs territory until you find a better solution. The question becomes: How much do you value the things the policy protects?
This item was created by our staff writer and is intended to raise questions rather reflect the views of Actice Legal. Should you wish to discuss any legal element relating to Brexit or European Law please don't hesitate to contact us.
Active Legal
Birmingham
0121 355 4700