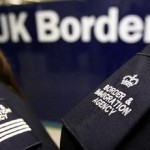 Dozens of Calais Border staff are suing the Home Office for repetitive strain injuries sustained while leaning out of windows to check travellers' passports.

Hundreds of border staff could be entitled to compensation for what has been dubbed 'Calais shoulder'.

If the claims are successful then the Government could be forced to pay out huge amounts in compensation as some staff are performing the passport checks hundreds of times a day.

Border staff claim that leaning out of the windows for hours on end has left them with shoulder and repetitive strain injuries.

The news comes in the Daily Mail as two Calais Port workers have recently been awarded damages of up to £20,000.  One of the claimants, 58 year old Pamela Smith told reporters that she had to miss work after suffering from a torn bicep and shoulder injury.

"Queues were relentless", she told the newspaper, "I'm living proof it really takes its toll".

Although the Home Office could not comment on individual cases, they did commend the work the Border staff do and go on to say they take the welfare of the workers extremely seriously.

A spokeswoman from Simpson Millar Solicitors has warned that the number of these type of claims could run into hundreds.  Michelle Rhodes acting for the law firm added, "With successive cuts in staffing levels by governments, the workload has increased greatly".

She went on to explain, "Officers have been forced to work for hours on end, doing repetitive tasks leading to injuries to their arms and shoulders. This problem has been compounded by management.  Some of the border staff who are taking action worked at other French ports but most were employed at Calais – the busiest".

If you have suffered personal injury in the workplace, call our Birmingham solicitors on 0121 355 4700 or email info@activelegal.co.uk today.