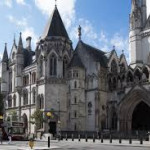 One of the UK's longest serving prisoners, Charles Bronson, has been granted permission to bring a High Court bid to have his latest parole hearing in public.
Currently held under high security at HMP Woodhill in Milton Keynes the 67-year-old has been in prison for most of the last 45 years and has waived his right to privacy. Bronson wants the hearing "to take place in the full public glare in order that the principle of open justice can be observed".
Bronson, who in 2014 changed his name to Charles Salvador, after the artist Salvador Dali, was sentenced to a discretionary life term in 2000 for taking a teacher, at HMP Hull, hostage. His case has been reviewed by the Parole Board six times. Most recentlythey refused to direct his release following a 2017 hearing.
The Parole Board rules state that oral hearings must be in private. Whilst Mr Bronson's lawyers say a "blanket ban" is unlawfu.
Bronson's barrister Matthew Stanbury, told the court that in 2013 a mental health tribunal into Ian Brady, the Moors murderer, was heard in public, and that provided a "clear illustration" of how a Parole Board hearing could be conducted in public.
He added that Bronson's forthcoming hearing had been "put on ice" pending the resolution of his claim.
Mr Justice Swift said he had an "arguable case" which should be given a full hearing and gave him permission to bring a legal challenge against the Ministry of Justice.