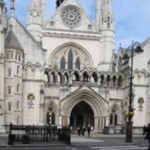 A Landmark ruling on unmarried couples' entitlement to bereavement benefits has been welcomed as a step in the right direction by family lawyers for cohabitation rights. Parliament, however has been urged to clarify unmarried couples' rights when one partner dies to avoid people 'sleepwalking' into legal difficulties.
In Siobhan McLaughlin for Judicial Review (Northern Ireland), Supreme Court justices ruled by a 4-1 majority that section 39A of the Social Security Contributions and Benefits (Northern Ireland) 1992 Act - a widowed parent can claim Widowed Parent's Allowance only if he or she was married to or the civil partner of the deceased - is incompatible with Article 14 European Convention on Human Rights.
Simon Burge, a partner in a family law team, says the court justified its decision by distinguishing between widowed parents on the one hand and other bereaved claimants on the other.
Burge said: 'The logic behind the ruling is that the benefit should be payable in circumstances where there is a dependent child or children and it doesn't - or shouldn't - matter whether the parents were married or in a civil partnership or not. In addition, the decision of the Supreme Court only applies to the old Widowed Parent's Allowance which has now been phased out.
'It remains to be seen how the ruling will affect the way in which people claiming the new Bereavement Support Payments are treated in future because these payments can be claimed not just by parents but by anyone whose spouse or civil partner paid National Insurance contributions for at least 25 weeks or who died because of an accident at work or a disease caused by work.'
Cohabiting couples, is currently the fastest growing type of family in the UK. Jo Edwards, head of family Law at a London firm, warns that many 'sleepwalk into difficulties, unaware of their lack of rights as an unmarried couple until it is too late'.
Edwards said: 'State benefits are available to cohabiting couples during their lifetime; there is no good reason why they shouldn't be afforded the same treatment on death, which is what the House of Commons work and pensions committee recommended two years ago. It is to be hoped that other instances of different treatment of unmarried couples on death – lack of intestacy rights, inheritance tax treatment and the like – will also be addressed in the longer term, to reflect how couples order their relationships in modern society.'
Resolution has long called for law reforms to fairly address cohabitants' needs when a partner dies, pointing out that Scotland extended statutory rights to cohabiting couples in 2006 and, the following year, the Law Commission recommended reforms that would legally recognise cohabitees' relationship status in England and Wales.
If you require legal advice on a similar matter, call our team of expert family law solicitors on 0121 355 4700