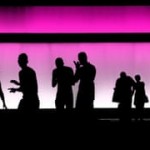 Children's commissioner says that pink lights that disperse children from loitering in public places are "cruel and demeaning" and should be banned.

The pink lights are used to highlight facial blemishes such as acne, preying on "teenagers' worst adolescent fears" to try and persuade them to disperse from public areas. Another method used includes 'mosquito' devices or sonic sirens which emit sounds that only people under the age of 25 can hear.

"I have also been told by children about the use of pink lights, which play on the worst adolescent fears and insecurities about image and looks. Both of these 'anti-loitering' tools are cruel and demeaning and should be banned."

It was revealed that these methods are increasingly being used by councils, businesses and in residential areas to deter youths and young children from loitering in public places such as parks late at night.

Similar demands have previously been made by the children's commissioner in Scotland, Bruce Adamson. Campaigners led by the Scottish Youth Parliament successfully got 'mosquito' devices removed from train stations by Scot Rail.

The campaign was led by Amy Lee Fraioli who said that one 15 percent of children had encountered at least one form of anti-loitering devices.

The Mosquito device was first launched in 2006 by Compound Security Systems (CSS), who sell up to 50 a month in the UK. Director of CSS, Simon Morris said: "This is just a benign, non-confrontational, safe way to get kids to move on. You use it once or twice and at that point the kids have got the message and they will disperse,"

In 2016, the UN Committee on the Rights of the Child recommended that the UK banned the devices in order to protect children's right to freedom of movement.

Currently, there is no regulation for pink lights or 'mosquito' devices used for dispersion or anti-loitering.

Should you wish to discuss your legal rights please do not hesitate to contact us.