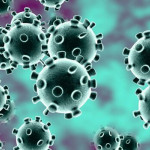 Individuals who get blood cots as the result of taking the corona virus vaccine are eligible to claim damages from the Government of upto £120,000, but only if they can prove they are at least 60% disabled.
The threshold has caused concern among some families affected, and MPs said ministers had a "moral duty" to review the requirement saying that it could "bar a lot of deserving people from any compensation".
Under the government-run vaccine damage payments scheme people can apply for damages due to jabs for 19 diseases. These include tetanus, tuberculosis and mumps and the Covid-19 vaccines were added to the list shortly after the first vaccines were approved.
Under the scheme's current rules, victims "will need to prove, on the balance of probabilities, that the vaccination caused the disability and be assessed as being 60 per cent disabled", raising concern the requirement will mean dozens of families might find that they cannot qualify for damages.
The Government insisted that the scheme was "not a compensation scheme", and rather it provides a one-off, tax-free lump sum – currently £120,000 – for those suffering a severe disability as a result of a vaccine against a disease which is listed under the Vaccine Damage Payments Act. Families of those who have died can also make claims under the scheme.
The Government added that "the scheme does not preclude claimants from seeking compensation from the relevant vaccine manufacturer."
Tory MP Sir Christopher Chope urged the Government to review the need to prove 60 per cent disability for applicants to the scheme, saying, "The Government has a moral duty to compensate people who have suffered as a result of doing the right thing by the Government of being vaccinated. They were being vaccinated for the public good – it is not as though they are jaywalking across the street at their own risk. The Government needs to look at these cases and reduce the threshold. If it is left as it is, it is going to bar a lot of deserving people from any compensation."
The Medicines and Healthcare products Regulatory Agency has linked the AstraZeneca jab to a small number of blood clots among those vaccinated. A review by the MHRA found that out of the 21.2 million doses of AstraZeneca Covid-19 vaccine administered in the UK, 168 people had suffered from blood clots after receiving the jab, 32 of whom had died.
The MHRA said that the benefits still outweighed the risks.
A spokesman for the Department of Health and Social Care said, "Vaccines are safe, effective and already saving thousands of lives. More than 32 million people have now received a first dose of the vaccine, and PHE have estimated over 10,000 lives have been saved through the vaccine programme so far."
"All vaccines being used in the UK have undergone robust clinical trials and have met the Medicines and Healthcare products Regulatory Agency's strict standards of safety, effectiveness and quality."