0121 355 4700
info@activelegal.co.uk
Menu Email Phone
Farmer cleared of trashing car after claiming that his home is his castle 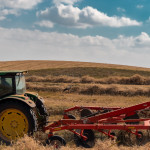 After successfully arguing the 400-year-old legal principle that "an Englishman's home is his castle", a farmer who used a tractor to wreck a car illegally parked on his land has walked free

57-year-old Robert Hooper became an internet sensation last June when a video of him using the spikes on his telehandler to flip over a £16,000 Vauxhall Corsa went viral on social media.

The hill farmer, from Co Durham, said he had been forced to act after he came under attack from a "strutting and agitated" shirtless youth, who had refused to move the car. He faced trial at Durham Crown Court after being charged with dangerous driving and criminal damage but was acquitted of all charges after telling the jury: "An Englishman's home is his castle, and my castle starts at that front gate." Michael Rawlinson, his barrister, told the court that the origins of the phrase could be traced back to 1604 when Sir Edward Coke was the attorney general of England. "This whole case is about an Englishman's home being his castle and his right to lawful self-defence of himself and his property," he explained.

The case against Mr Hooper became a town-versus-country debate, with the farmer and his neighbours' railing against people who had used their isolated rural community as a playground during lockdown. Mr Hooper said he and his neighbours in Upper Teesdale had been plagued by anti-social behaviour during lockdown with an influx of tourists. He added: "There has been drug-taking, people lighting fires, knocking walls down and blocking the roads with parking, causing a threat to people as well."


The court heard how Elliott Johnson and his passenger, Charlie Burn, had been on their way home to Tyneside after they and five friends spent the day at Low Force waterfall, when the car suffered a double blow-out and they parked on Mr Hooper's land, blocking access to a field.

Mr Hooper drove down to speak to the driver to explain the car was obstructing access, he told the court: "I said, 'Now then, lads can we have this car moved, I need to be in and out.' Instantly, Burns was right in my face. Throughout Covid, we'd been two metres from people and here he was five inches from my nose. He was on edge and agitated and full of himself. I asked him politely again, 'Can we have this car moved?' and he said, 'I'm not f---ing moving this car'. With that he punched me in the face, which rather shocked me. I said I was only asking him to move the car."

Fearful that they might have weapons, Mr Hooper said he then climbed into his tractor and, using the forks, picked up the back of the car and pushed it back onto the road. However, the car clipped a post of the farm gate and flipped over, causing massive damage. Mr Hooper said he did not call the police during the incident because he previously had been burgled eight times and found they were slow to respond.

Mr Hooper denied all charges and argued that he had been acting in self-defence. Surrounded by a dozen of his friends and neighbours, he hugged Karen Henderson, his partner of six years, as the verdict was delivered.


Outside court, Ms Henderson said: "The support of his local community and also people from afar have kept him going through these last eight months of hell, which have been terrible." 66-year-old William Wearmouth, a farmer, said: "Robert Hooper is a decent, honest man, the hardest-working man in the dale and the jury got it right here today. "He did nothing wrong, he was under attack, and he did what he had to do to protect himself and his property. "We all understood what he went through because we all saw the way people, young people especially, were behaving and causing disruption to everyone's lives."