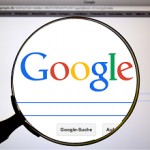 Newly released video footage shows the moment a Google self-driving car collided with a public bus – the first accident to be caused by a self-driving vehicle.

The collision occurred on Valentine's Day 2016, when the Google vehicle struck the side of a public bus in the Silicon Valley city of Mountain View.

Footage shows the Lexus SUV, which Google had fitted with sensors and cameras before allowing it to drive itself, edging into the path of the bus that was travelling at around 15 mph.

Google has said that the accident occurred because both the car's software, and the person in the passenger's seat – who was required to be there under Californian law – thought the bus would let the Lexus into the flow of traffic. The Google employee did not try to intervene before the crash. Writing about the incident, Google said:

"This is a classic example of the negotiation that's a normal part of driving – we're all trying to predict each other's movements. In this case, we clearly bear some responsibility, because if our car hadn't moved there wouldn't have been a collision."

Neither the Google employee in the passenger seat, nor the 16 people on the bus were injured.

If you have been the victim of a car accident that wasn't your fault, you may be entitled to compensation. Speak to our team on 0121 355 4700 for more information.