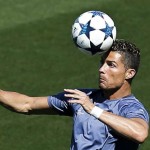 Compensation claims may become the norm as the Football Association has been warned that legal action may result as a failure to act over head injuries.

Premier League Doctors, Neurologists and brain injury campaigners are hoping that the Head Injury Assessment protocol used in Rugby Union may also be adopted in football.

This has been highllighted as a consequence of a number of players playing on despite either immediate symptoms or sumptoms which have subsequently developed.

In Rugby Union an injured player will leave the pitch for at least ten minutes during which period a replacement player is introduced to the game.

Barrister Peter Stewart commented, "In sports like rugby there are quite strict HIA protocols. In football, although certain protocols are in place, this area seems to be less developed. If the player can prove that having an inadequate protocol in place led to a further long-term injury in the future, it may be possible for that player to bring an action against a governing body."

Additionally he further stated, "What rugby is trying to do by having the HIA protocol is to make sure when inevitable head injuries occur, the safest possible environment is created. ootball doesn't appear to be taking the issue as seriously as sports like rugby and, in particular, the impression is that its protocols are not enforced as strictly."
Fifa has suggested that it is against the use of substitutions for head injuries as this may become used for simply tactical reasons.

To discuss a sports related compensation claim please do not hesitate to contact us.