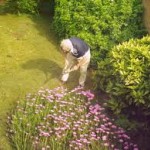 The Court of Protection is in the news again this month as an 89 year old woman from Kent had over £200,000 taken from her bank account by her handyman.

As the confused and vulnerable pensioner had no children, the former BBC World Service worker decided to leave four-fifths or her estate to her gardener in 2011.

The wealthy widow signed her Will with the generous legacy to the 69 year old man in August of that year and just two months later, she also handed over to him the right to control her affairs.

The gardener who cannot be named for legal reasons, persuaded his trusting employer to sign the rights over to him legally with a Lasting Power of Attorney which was signed by the woman's accountant and two friends.

Just six weeks after her gardener won power of attorney over her assets, the widow was moved into a Bromley residential care home suffering from Dementia.  As the months passed, a succession of payments were made to the gardener from her accounts.

Incredibly it was found by investigators that the gardener only visited the widow once every three weeks and it was reported that the woman did not even know who he was.

The Orpington based gardener gave himself a gift of £38,000 from the widows savings, withdrew cash to the tune of £8,520 and took a bankers draft for £7,000.  His salary for house clearance totalled £8,340 and he even spent £599 deposit on a Motability car for his wife then went on to use £55 per week of the estate proceeds for the car hire payments and £30 per week cash for petrol.

As Power of Attorney allowed him to sell the widow's property in February 2013, the gardener pocketed the £165,000 straight into his account.  Alarm bells only rang when the greedy handyman asked Aviva to pay out the widow's £140,000 investment bond directly to him and the assets were immediately frozen.

Although the gardener was investigated, the Crown Prosecution Service have decided not to prosecute and instead have allowed the man to keep more than £60,000 of the money.

If you need to discuss Power of Attorney or making a Will with our Birmingham solicitors please call us on 0121 355 4700 or email info@activelegal.co.uk today.