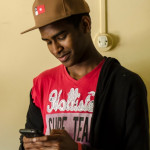 Immigration minister Chris Philp announced a new law as the first step in the Government's planned reform of the UK's "broken" asylum system.
After Brexit migrants will be banned from making UK asylum claims at sea under a new law that paves the way for border force vessels to intercept them and return them immediately to France. Replacing the existing Dublin Regulation agreement with the EU the new post-Brexit law goes further by removing migrants' current right to claim asylum when they are rescued at sea by Border Force or Navy vessels.
Mr Philp said, "We are determined to fix the broken asylum system to make it firm on those who come here through illegally facilitated routes and fair on those who play by the rules. There is no reason to leave a safe country like France to make a dangerous crossing. These measures send a clear message and are just one of the steps the Government is taking to tackle the unacceptable rise in small boat crossings."
He further commented, "This includes working with our French partners to stop migrants leaving a safe country and making these dangerous journeys. But tackling this requires a complete overhaul of the asylum system and next year we will bring forward legislation to fix it."
The Home Secretary, Priti Patel, is seeking a new agreement with the French that they will take back migrants intercepted at sea in British or French waters, even if they reach land in the UK.
The French have so far resisted reaching such an agreement arguing that any attempt to board and turn back the boats has potential to put the migrants' lives at risk and therefore a breach of maritime law, a claim that British lawyers dispute.
The Navy and Border Force have already carried out trials of techniques to safely intercept migrant boats at sea, including the use of nets to disable propellers. The idea of creating a "sea fence" has also been considered.
In the New Year, a wider reform of the asylum system is expected with Ms Patel pledging to tackle "litigious" human rights claimants seeking to delay their deportation from Britain after their cases are refused, and to make it much more difficult for foreign criminals attempting to avoid deportation by lodging an asylum claim.
Currently, serious criminals, including killers and rapists, often counter deportation orders in the courts by claiming their human rights will be infringed if they are sent back to their home countries. It is expected that a new Bill will be created forcing judges to place more weight on the criminal records of asylum seekers.
Ms Patel is also planning to tighten the appeals system for non-criminal claimants as they will have to lodge all their arguments at the beginning of a case so they cannot make a series of legal claims to delay deportation.