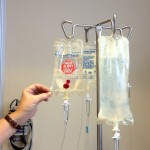 Grandmother misdiagnosed and given chemo she didn't need

A 56 year old grandmother faced six months of chemotherapy to be told she didn't have terminal liver cancer in the first place.

In 2008 doctors told Ann Milne they had found cancerous tumours on her liver which meant she would need chemo to prolong her life.

12 months later after gruelling chemo which had caused Ann to suffer from fatigue, vomiting and hair loss, she was given the all clear.

Doctors at the hospital revealed the good news to Ann but her face dropped when they told her she never had cancer.

Six years later the mother of four has agreed a six figure out of court settlement but she has been left with permanent muscle damage and struggles to walk long distances.

She said, "It has ruined my life, I used to be so full of energy and loved going for long walks with my family, but now I struggle to walk a few metres without getting tired. The whole ordeal has aged me by 20 years. I am disgusted I went through chemotherapy for a disease I didn't even have, it could have killed me."

The NHS have failed to make an apology to Ann and her family for the pain and suffering they have all been through over the past few years.

An NHS Grampian spokeswoman would only say, "We can now confirm this matter has concluded."

If you have been misdiagnosed by a medical professional and think you are entitled to compensation, please contact our Birmingham Negligence Solicitors today on 0121 335 4700 or email info@activelegal.co.uk.