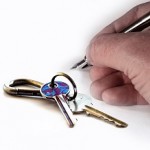 A Birmingham landlord who put "profit before the safety of tenants" has been jailed for 19 months.

Cyrus Bassiri was jailed for a "catalogue" of safety breaches at a four-storey address he owned in Hagley Road, Edgbaston.

Birmingham Crown Court heard that two fire alarms at the property were not in working order, an escape route was blocked by a washing machine and cabinet, emergency lighting was incorrectly fitted, and a fire door was damaged.

When sentencing the landlord, Judge Mary Stacey said Mr Bassisi responded to firefighters' concerns by being "aggressive and bullying." She told him:

"Having failed to address the matters raised by the fire brigade you responded to their attempts to get you to comply with your legal obligations by being aggressive, by bullying behaviour, by threatening to take them to court and expose them to the press."

The 59-year-old landlord had previously admitted three charges of failing to take general fire precautions and two of failing to comply with an enforcement notice. He was also ordered to pay £13,820 costs.

If you are in dispute with your landlord, speak to our solicitors to see if we can help. Call our team on 0121 355 4700 or complete the enquiry form to the right and we will call you back.