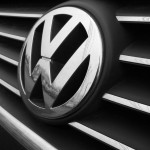 The High Court has said that the german automotive giant Volkswagen installed "Defeat devices" in millions of motor cars. The comments come as part of the so called "diesel gate" emmissions scandal.
More than 91,000 residents of the UK have bought a class action against VW on the basis that the cars they bought had been installed with devices aimed at cheating European emmissions standards. Standards which were designed to "save lives".

Consequently a High Court Judge agreed with the lawyers representing the complainants. It was claimed that the devices sensed when they were being tested and consequently reduced their harmful nitrogen oxide (NOx) emissions.

Whilst under normal driving conditions vehicles were found to be emitting up to 40 times the legal limit of NOx.

The Courts preliminary ruling was welcomed as "a big step" towards consumers securing compensation from Volkswagen. Such compensation payments could run into hundreds of millions of pounds.

Following an investigaton by US regulators it was disclosed that the VW Group had installed the devices in 11 million vehicles worldwide including almost 1.2 million in the UK.

So far VW have paid out more than £26 billion in fines, recall costs and civil settlements. Criminal charges have also been brought by German prosecutors against senior VW employees.

At this point the ruling does not prove VW's liability in the UK. In the event that it does it could lead to individual claimants receiving estimated payouts of up to £10,000 each.

A VW Group spokesperson commented, "Volkswagen is considering carefully the grounds on which it may seek to appeal today's decision."