0121 355 4700
info@activelegal.co.uk
Menu Email Phone
How Many Birmingham Cyclists are Involved in Accidents While Undertaking? 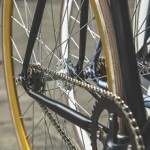 How Many Birmingham Cyclists are Involved in Accidents While Undertaking?

New data has revealed that eight cyclists a year in the West Midlands are involved in accidents while undertaking other vehicles.

The figures were collected from police reports by the Department for Transport and were analysed by the Birmingham Mail.

Between 2010 and 2015, 49 road users were involved in such incidents, making an average of eight per year. Fortunately, none of these incidents proved to be fatal.

Undertaking is a common tactic of cyclists in 'filtering' – going past slow-moving cars and other vehicles in traffic jams.

Although this technique may get cyclists to their destination more quickly, it is also an unsafe manoeuvre as drivers may not always check their left wing mirrors before moving off.

Across Britain there were a total of 2,823 accidents involving cyclists undertaking. Of these, seventeen were fatal for at least one person.

"We want to remind cyclists to 'hang back' at junctions to avoid getting caught between a lorry and a left hand turn.

"We have also teamed up with the Freight Transport Association to remind HGV drivers to look out for cyclists."

Neither the law nor the Highway Code definitively states whether or not filtering by cyclists is legal.

If you have been involved in an accident on the roads and somebody else was to blame, you may be owed compensation. Call our team on 0121 355 4700 to discuss your circumstances.