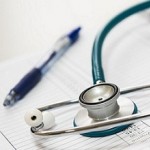 A family who fought a bitter eight-year court battle after a hospital blunder left their son with severe cerebral palsy has been awarded an undisclosed seven-figure payout.

Alfie Johnson, now aged eight, came within seconds of death when he was starved of oxygen during birth after midwives failed to monitor his heart rate. Six weeks later he was diagnosed with hypoxic-ischemic encephalopathy (HIE) brain damage.

His parents, Paul and Vickie Johnson of Stourbridge, started legal action in Match 2008 and were finally awarded a seven-figure payout at the High Court in London last week.

"This money allows us to focus on Alfie and not worry about money – to try and make up for all the things he's missed. The last eight years have been a nightmare, but this is a new chapter now."

The NHS Trust finally settled out of court, saving the family of a traumatic 10-day trial in June. Paul added:

"At least they didn't make us go through the trial, now we can look to help others."

If your health has suffered as a result of medical negligence, you may be entitled to compensation. Speak to our team in complete confidence on 0121 355 4700.