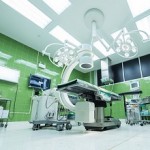 Former patients of disgraced breast surgeon Ian Paterson are being asked to get in touch with an inquiry into his malpractice.

In April Ian Paterson was found guilty of 17 counts of wounding with intent, and was jailed for 15 years. This sentence was then increased to 20 years, in August.

The Department of Health set up an independent inquiry into the case, which began work in January.

Paterson's victims fell into two categories – those who underwent unnecessary surgery, and those who needed operations but were left prone to cancer returning because of the untried technique the surgeon used.

At Paterson's trial the court heard from nine women and one man who were treated at Little Aston and Parkway Hospitals, run by Shire Healthcare, in the West Midlands between 1997 and 2011.

However, it is expected that up to 750 victims are expected to be paid compensation from a £37 million fund with payments from Spire, Paterson's insurers, and the Heart of England NHS.

The inquiry is expected to deliver its report to the government by the summer of 2019.

If you have been the victim of medical negligence, you may be owed compensation. Call our claims team on 0121 355 4700 to discuss your circumstances.