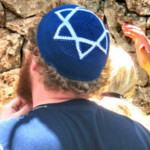 A lecturer at Solent University in Southampton has been sacked after failing to convince a tribunal that his comments were not offensive because they were "positive".
The Bristol tribunal heard that the remarks were made in a meeting with his course leader, Dr Janet Bonar, in March 2019 in the university canteen.
Stephen Lamonby, 73, who worked for six years at Solent as a part-time associate lecturer told his colleague that people from different countries were good at certain subjects due to "high exposure"  stating that Germans made good engineers because they were "exposed to a high level of industry from an early stage in their lives".
Dr Bonar, who is an engineering lecturer, said she had a degree in physics, to which statement Lamonby responded by saying Jewish people had "a particular gift" for the subject and asked Dr Bonar if she was Jewish.
She took offence to the question and shouted that he was a racist. He said, "I believe the Jewish are the cleverest people in the world. They are much maligned because of it. I asked if you were Jewish because of your ability with maths/physics et cetera."
Mr Lamonby said he was "shocked" by Dr Bonar's reaction. "My comments were simply stating that, arising from my lifetime of experience, I have come to believe that certain nationalities have developed a higher level of skill in some areas. This is directly related to the level of exposure to criteria such as industry and education … it is simply a view that reflects environmental privilege."
After an investigation was launched, Mr Lamonby defended his comments and gave another example such as Eskimos being good at fishing because of "high exposure".
During a final disciplinary hearing Mr Lamonby apologised and admitted he had "been clumsy" in his language, but continued to make "inappropriate" comments, including that Jews have "neurological differences".
The university vice-chancellor Julie Hall, who chaired the hearing, said Mr Lamonby did not understand that what he had said was offensive and he was dismissed for gross misconduct.
The tribunal said the university had a duty to its "multicultural, predominantly young student body" to protect them from potential racism and dismissed the claims of unfair dismissal and breach of contract.
Judge C H O'Rourke said, "While Mr Lamonby sought to argue that his stereotyping (which it was) was positive, such 'positivity' is nonetheless potentially offensive to the recipient. A Jew told they are good at physics – because they are a Jew – may well consider that as demeaning their personal intellectual ability/hard work."
Mr Lamonby said, "Free speech is totally dead in universities" and claimed he would appeal, stating that he was a victim of "woke" culture and that universities are "totally obsessed with racism"