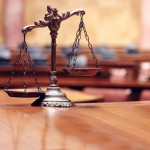 Under major reforms being considered by the Government, British judges will be told that they are no longer "bound" by European human rights rulings.
The first review of the Human Rights Act in 20 years is said to be considering proposals to curb the influence of the European Court of Human Rights (ECHR) in the UK. The proposals are supported by the Metropolitan Police. They warned that recent judgments meant officers' time had been wasted investigating cases that would "never reach the threshold for prosecution" in case victims later made a complaint, as well as by senior lawyers.
A leading human rights QC, Lord Pannick, has told the panel that ministers should amend the Human Rights Act to make clear in law that - while British judges should still take ECHR rulings "into account" - they "shall not be bound" by decisions taken in Strasbourg. The Justice Secretary Robert Buckland, who commissioned the review, is understood to be "sympathetic" to the idea, and the change is likely to be backed by senior Tories who believe that some judges have based their decisions on judgments of the European Court of Human Rights, even in circumstances when the European cases have little relevance on matters in the UK.
The Independent Human Rights Act Review – which is headed by former Court of Appeal judge Sir Peter Gross - was commissioned by Mr Buckland in December, and will issue a report this summer. The panel is also considering an amendment to section 3 of the Human Rights Act which would prevent judges from effectively "rewriting legislation" deemed to contravene the European Convention on Human Rights (ECHR), which the Act allows British judges to enforce in the UK.
The Conservatives' 2019 election manifesto pledged to "update" the Act, amid concerns that judges in Strasbourg have "overreached", while Labour claim the review amounts to an "attack on human rights". But the dominance of the European Court of Human Rights in the UK has been criticised by senior figures, including the former Lord Chief Justice Lord Judge, who has warned that "Strasbourg should not always win".
Before entering government, Dominic Raab - now the Foreign Secretary - said there was "little point" in the UK Supreme Court "unless it has the final word on how the law of the land is applied." A submission by the Met assistant commissioner for operations, Louise Rolfe, warned that, as a result of a 2018 court case known as DSD, police now "might face either human rights-based litigation or more general criticism if we do not exhaustively investigate, even where cursory investigation suggests a matter will never reach the threshold for prosecution. "This inhibits the police's ability to prioritise investigation, which is exacerbated by concern about potential challenge or criticism from external parties or courts."
According to minutes of a meeting that took place on April 13 between police chiefs, including Dame Cressida Dick, the Met Commissioner, and the review panel, officers said: "There is support for Lord Pannick's submission ... which suggests reminding courts, through amending the HRA, that ECHR jurisprudence is not binding ... If this was clearer at the time, cases such as DSD may have had a different outcome",  and further record the police chief stating that the 2018 judgment meant that "investigations have to be carried out in instances where the prosecution thresholds for offences are never likely to be met, but resources are still utilised to achieve the unachievable."
The Human Rights Act allows British courts to apply the ECHR, and states that UK judges should "take account" of rulings by the European Court of Human Rights in Strasbourg, on the ECHR. But senior ministers fear that some judges have taken the instruction to mean that they should slavishly follow Strasbourg judgments, many of which relate to circumstances in other European countries, and which appear to have little or no relation to cases being heard in UK courts. Lord Pannick, who is a prominent supporter of the Human Rights Act, told the review: "I think it would be helpful to clarify section 2 to make clear that the domestic court or tribunal is not bound by a judgment of the ECHR ... I would therefore suggest that ... after 'must take into account', the words 'but shall not be bound by' could usefully be inserted."