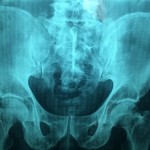 Doctors operated on the wrong part of the body thirteen times in West Midlands hospitals in one year, figures have revealed.

The data also showed that eight 'foreign objects' were accidentally left inside patients' bodies, while one person received the wrong implant or prosthesis.

In total, 27 errors, known as Never Events, were recorded at hospitals across the region.

The highest proportion of these were recorded at Birmingham Children's Hospital, which reported six Never Events between April 2015 and March 2016.

Surgery performed on the wrong site was the most common error, occurring 132 times nationally. Across England, 79 foreign objects including part of a chisel and a surgical clamp, were left inside patients, while 39 incorrect implants or prostheses were inserted.

If your health has suffered at the hands of a medical professional, you may be entitled to compensation. Speak to our medical negligence solicitors on 0121 355 4700 for advice and information.