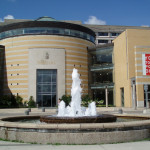 The politicians have written to the Education Secretary in the wake of The Telegraph's revelations about Advance HE and its Race Equality Charter. They say the body's practices, including advising institutions on how to tackle white privilege and rewarding universities for "decolonising" their curriculum and rolling out unconscious-bias training, further an agenda which "compromises academic freedom and free speech".
Advance HE; a charitable professional membership organisation that receives millions in taxpayer funding; has published extensive resources on how universities can tackle racism on campus. This includes advice on how to stamp out "micro-aggressions" such as "avoiding eye-contact" with someone from an ethnic minority group.
Signed by 15 members of the Common Sense Group of Conservative MPs, the letter points out that curbing free speech on campus "directly contradicts government policy". It goes on to claim that Advance HE is "promoting highly contentious racial theories in our higher education institutions". According to Companies House, Advance HE has received more than £11 million of taxpayer funding since 2016, and has also been paid £27 million in membership fees by universities and colleges, who are themselves partially taxpayer funded.
The MPs call the funding of Advance HE a "significant waste of public money" and point out in the letter that the government-commissioned Sewell Report on race "highlighted that practices of the kind promoted by Advance HE are often counterproductive to societal harmony, leading to division and strife". The letter concludes: "We request that you urgently investigate the role and work of Advance HE and suspend its funding until an investigation is complete." Alison Johns, chief executive of Advance HE, said its equality charter helps universities "create inclusive teaching and research environments".