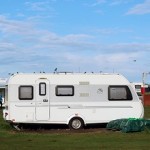 Members of Parliament have welcomed plans to review the law and make it easier for councils to deal with unauthorised caravan sites and developments.

The government review has been announced by Housing Minister Dominic Raab.

Earlier this year BirminghamLive revealed that Birmingham council staff were called out to tackle an average of three illegal traveller camps across the region every week in 2017. The legal cost of dealing with such encampments has risen by £130,000 in the space of just three financial years.

The consultation – carried out by the Ministry of Housing, Communities and Local Government, Home Office and Ministry of Justice – covers police and local authority powers, the provision of legal sites, and the impact on settled and nomadic communities.

"I am pleased the government have now launched the consultation into unauthorised encampments, first promised in October last year.

"We need a meaningful consultation looking at whether we can strengthen enforcement powers and I want the government to commit to responding to this consultation and taking the necessary actions quickly."

If you are in dispute with an organisation or an individual, our litigation team may be able to help. Speak to us in confidence on 0121 355 4700.