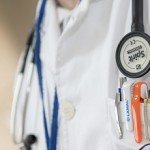 A nurse who left a ten-year-old girl dying in agony after inserting a feeding tube into the wrong side of her body has been struck off.
Phoebe Willis was left screaming in pain after Carrie-Ann Nash inserted the tube into her abdominal cavity instead of her stomach. Phoebe died the next day after the blunder caused a blood infection.
The panel at a misconduct hearing at the Nursing and Midwifery Council heard that Nash should never have attempted to insert the tube which she rammed into the youngster's body with "some force."
She also ignored "red flag" warning signs when Phoebe began screaming out in agony and bleeding. Milk fed into the tube leaked into the hole created between her vital organs and the infection poisoned Phoebe's blood.
The tribunal heard how the tube should never have been reinserted after a two-hour window, but Nash still carried out the procedure despite being well over the time limit. Lewis MacDonald, for the NMC, said:
"After one hour it is difficult, after two it is impossible.
"Despite this she attempted to insert the tube and this caused bleeding, this was a red flag warning. She used the tube with some force.
"She flushed it with water and the patient screamed out in pain, another red flag."
If your health has suffered as a result of medical negligence you may be entitled to compensation. Call our team on 0121 355 4700 to find out if you might have a claim.