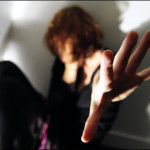 Plea to give women right to use weapons

The victims' commissioner says women must get the same rights as homeowners confronting dangerous burglars to be able to defend themselves against an abusive partner.
Dame Vera Baird, QC, is urging Home Secretary Priti Patel to change the law to give victims of domestic abuse the right to use disproportionate force against a violent partner - a defence accorded to homeowners when protecting themselves against a burglar.
She said women are more likely to have to resort to using a weapon when defending themselves against an abusive and powerful man, but sentencing guidelines mean this is more likely to result in a more serious charge and longer jail term.
Dame Vera cited the case of 66-year-old Sally Challen who was jailed for 15 years for murdering her controlling and abusive husband, Richard, with a hammer, in contrast to the case of 70-year-old Anthony Williams jailed for five years for manslaughter at Swansea Crown Court after strangling his wife, Ruth.
Comment was made that, "Sally Challen used a hammer on her husband whereas Anthony Williams strangled his wife without needing to use an actual weapon. This doesn't seem to be taken on board but the difference in sentences here is epic," Dame Vera said.
Mrs Challen was later freed after her conviction was quashed and prosecutors accepted her manslaughter plea.
In 2012 the law for a person defending their home against a burglar was changed by Chris Grayling, then Justice Secretary, to allow "disproportionate" force. It followed a series of cases including Norfolk farmer Tony Martin who shot an intruder dead and was jailed for life for murder. Mr Martin appealed and had the verdict reduced to manslaughter, serving three years in jail.
Dame Vera said victims of domestic abuse should now have the same protection under the Domestic Abuse Bill, or through a Police Bill due this month. "There is insufficient acknowledgement in current law or sentencing of the common imbalance in strength between perpetrator and victim. She said, "Use of a weapon is far more likely to be a necessity if it is in response to an imminent attack by a greatly stronger and aggressive perpetrator, yet this is not recognised. There is a serious question too over self-defence. Currently, the law allows someone to use disproportionate force in defending their property whilst a domestic abuse victim may only lawfully use strictly proportionate force to protect themselves against an attack and if they go a step too far, they may be convicted of murder. This is obviously wrong."
Research by the Centre for Women's Justice found in 71 cases, where women killed their partners, there was evidence of abuse in three-quarters of the cases. Also, women were unlikely to be acquitted for self-defence. Of 92 cases analysed, 43 per cent were convicted of murder, 46 per cent found guilty of manslaughter, and just 7 per cent were acquitted.