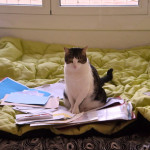 According to researchers, those who worked from home during lockdown worked an average of half an hour per day less than they did when they were office-based.

A team of scientists at the University of Cambridge asked 766 people to keep diaries detailing how they spent their time, one month before the first lockdown, during the spring 2020 lockdown and again at the start of 2021.They asked that they record time spent working; on leisure activities; on housework; and on day-to-day sustenance behaviour, such as eating and sleeping.

The research revealed that people spent less time on employment-related activities overall, but more time on housework. Time spent on to hobbies also increased during lockdown, although people enjoyed their spare time less than before.

The research study, published in the Public Library of Science's journal PLOS ONE, showed that people with children aged under 11 experienced the greatest decrease in the time they worked. Before covid, the average time spent working was seven hours and 25 minutes per day, but this fell by 43 minutes in the first lockdown and by 32 minutes in the second.

In comparison, people not living with young children saw a smaller average decrease of 28 minutes during the first lockdown and 22 minutes between pre-pandemic and the third lockdown. There was also a clear split between those who had young children, and those who did not. Parents sacrificed about an hour a day of their leisure time, whereas non-burdened adults' solo leisure time rose by an hour during the last lockdown.

However, while the overall time spent working fell, a change in working hours was revealed as many ended up working early in the morning and late at night in order to squeeze in their work commitments and other responsibilities. The researchers found that during the lockdown one in five people worked more before 8.30 am and after 5.30 pm than they had done pre-pandemic.

A co-author of the study, Dr Eileen Tipoe of the Queen Mary University of London, said: "Having to do more work outside of typical working hours meant that people were substantially unhappier during the third lockdown."

The researchers found that there was also a gender divide in how free time was spent. Women completed 28 minutes more housework during the first lockdown than pre-pandemic, which balanced with their reduced focus on paid work, while in contrast men allocated half an hour extra to subsistence activities such as sleeping and eating.

By the time of the next lockdown, in March 2021, rolled around this had balanced out. Mothers with children under 11 also did 67 more minutes housework per day than fathers. Dr Tipoe said; "It was concerning to find women, and especially those with young children, were disproportionately affected by lockdown."