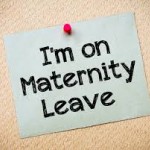 One of the fore runners to replace Theresa May has suggested that mothers returning to work will be safeguarded from redundancy under the proposed legislation.

Dominic Raab has suggested that returning mothers will be entitled to six months of guaranteed employment before their employers can consider the individual for redundancy.

The former Brexit Secretary is reported to have said, "By empowering parents and suppprting their choices we can promote more resilient families, cut the gender pay gap, and enable our country to reach it's full potential".

In a further comment he added, "If we want to promote the flexibility that modern parents and our economy need, we need to protect working mothers".

The suggested Pregnancy and Maternity (Redundancy Protection) Bill aims to safeguard employment for upto 6 months after the end of the maternity period.

Ms Miller, the Tory Chair of the Women and Equaliies Committee, said, "We warned almost three years ago of the significant discrimination and poor treatment faced by 54,000 pregnant women and mothers at work each year".

She further stated that, "Family life and the economy will both suffer unless workplace practices are brought into the 21st Century".

Should you wish to discuss your legal rights please do not hesitate to contact us.