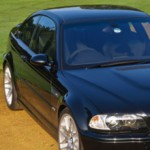 The driver of a BMW M3 has been arrested by police in connection with the death of a woman two weeks earlier at a bus stop.


Mr Inderjit Singh, 31, was racing his BMW M3 sports car against Mr Sukvinder Mannan, 33, in a Mitsubishi Evolution which swerved into a bus lane at 101mph killing pedestrian Rebecca McManus, 21, as she waited at a bus stop to go to a friend's hen party. After failing to stop, Mr Singh was arrested two weeks later and the court was told that he was just as culpable as the Evo driver because they had been racing.


"The defendant and another man had decided to use the road as their own private race track on which to show off how fast they could drive in their powerful cars. The black M3 was dictating the pace and by the time they had reached Hagley Road West he pulled further ahead.


"The defendant saw the crash but unlike other motorists he drove away and was only traced and arrested by police two weeks later."


If you've been arrested after being involved in an accident, contact our injury solicitors on 0121 355 4700 for advice.