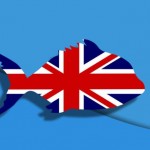 Britain's employment rate hit a record high of 76.1 percent in the first three months of 2019. The Office of National Statistics (ONS) have revealed that this has been the highest record since comparable reports began in 1971.
This amounts to a total of 32.75m people who are currently employed and in work. Unemployment fell by 35,000 between November 2018 and January 2019, setting the employment rate at its lowest since 1975.
ONS senior statistician Matt Hughes said: "The employment rate has reached a new record high, while the proportion of people who are neither working nor looking for a job - the so-called 'economic inactivity rate'- is at a new record low."
These figures have resisted the impact of uncertainty in the government regarding recent Brexit deals. The growth of the job market has spread, and it appears that businesses are still hiring staff despite the ambiguity around Brexit.
Despite this growth of employment, it has been advised that there are reasons to anticipate this slowing down. Howard Archer, chief economy adviser stated: ""The labour market is not showing the same degree of strength that was apparent at the start of the year."
Andrew Wishart, UK economist with Capital Economics, said: "There was no sign in the labour market data of Brexit concerns at the start of the year, as the data beat expectations in every regard."
In addition to higher employment rates, it has been found that regular wages have also risen 3.4 percent year on year. This is firmly above inflation, as the cost of living only rose by 2.1 percent.
However, Andrew Wishart suggests that the interest rate is likely to increase if there is continued uncertainty surrounding Brexit: "If there is a long delay to Brexit or a deal is struck, we suspect the [Bank of England's] Monetary Policy Committee will raise interest rates this summer."
Should you wish to discuss your legal rights please do not hesitate to contact us.