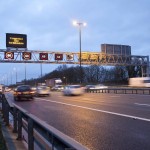 Formal allegations of criminal, corporate, manslaughter against the Roads Agency have been made by the widow of a driver killed on a smart motorway.
This follows on from Highways England facing a Police investigation into multiple deaths after Government Ministers claimed that safety warnings warnings were being ignored.
MP's have damned a report into the safety of Smart Motorways that stated that there introduction was both "shocking and careless" and that it had cost lives.
It has been suggested that a sucession of Transport Ministers had repeatedly warned Highways England officials that smart motorways posed a danger to lives. Separately one former roads minister said he had been "completely misled".
In support of safety concerns Police Officers have suggested that the roads were "dangerous" and urged a "drastic rethink". According to an investigation carried out by the BBC 38 people have died in the last 5 years as a consequence of breaking down. In these instances the hard shoulder has been converted into a "live lane", as a tool to ease congestion, and the victims were struck by speeding traffic.
Mr Grant Shapps, the current Transport Secretary, signalled that there would be an overhaul of the existing system in response to the findings.
Furrthermore Highways England faces the prospect of a criminal investigation after allegations of corporate manslaughter were made by 43-year-old widow Claire Mercer. Sadly her husband Jason, 44, was struck and killed on a smart stretch of the M1 near Sheffield in June 2019. Mrs Mercer said, "Finally we have the evidence, and now someone needs to pay. Now I know I'm not some distressed widow peddling conspiracy theories. These roads are dangerous, and people knew it."
Under the current mechanism lay-bys can be upto 1.5 miles apart leaving broken-down vehicles and passengers stranded.
Sir Mike Penning, former roads minister, said the Highways Agency had convinced him to sign off on smart motorways, in 2010, because a pilot scheme on the M42 had placed refuge areas only 500m's apart.
He said: "What Highways England eventually rolled out bore no relation to the trial. There's no way that spacing the areas out hasn't made it more dangerous for drivers. People are being killed and seriously injured on these roads, and that should never have happened."
"They got the M42 trial through ministers so they could push this forward. It sounds to me that they were willing to take the risk just to save money, and now lives have been lost. I feel that I was totally misled."
In support of claims of recklessness a government lawyer warned in 2012 that the decision to extend the distances between lay-bys might invite charges of corporate manslaughter. Mr John Apter, national chairman of the Police Federation, said it had, "always strongly opposed smart motorways. There must be a drastic rethink."
A Highways England spokesman commented, "Any death on our roads is one too many, and our deepest sympathies remain with the family and friends of those who lost their lives. The Transport Secretary has asked the Department for Transport to carry out, at pace, an evidence stocktake to gather the facts about smart motorway safety. We are committed to safety and are supporting the department in its work on this."
Should you wish to discuss your legal rights please do not hesitate to contact us.