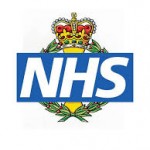 Stop breast enlargements on the NHS

As the row about breast implants rumbles on, more people are looking to the NHS to correct procedures which have gone wrong.

In a clampdown on public spending today, Health Secretary Jeremy Hunt has ordered an end to cosmetic surgery funded by the tax payer.

With public anger growing at the number of people in the news boasting about DD cup breast enlargements and nose jobs paid for by the NHS, families of sick children claim they have been denied operations.

According to a report in the Daily Mail, the Health Secretary empathised with public outcry at high profile cases of cosmetic dental work, breast enlargements and slimming treatments.

Telling reporters that public money should not be used to fund surgery to improve someone's looks.  He went on to say "We should not be doing cosmetic work on the NHS".

Speaking at a press gallery lunch in parliament, Mr Hunt added, "The decisions are taken on the basis of clinical need, but I have made it very clear that I am against purely cosmetic work being done".

It is understood that the crackdown will not apply to reconstructive breast treatment following Breast Cancer.

The rules are being tightened following high profile cases like that of Josie Cunningham who appeared in the news lately following her 36DD tax-payer funded operation.

Claims that her flat chest 'ruined her life' led to the NHS paying for the enlargement.  Josie reportedly underwent a subsequent reduction saying she was not happy with her breasts.

If you have a cosmetic surgery claim, call our Birmingham solicitors on 0121 355 4700 or email info@activelegal.co.uk today.