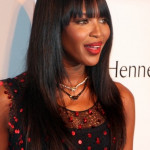 Supermodel Naomi Campbell is being sued for millions of dollars by her former boyfriend.
Ms Campbell and 57-year-old Vladislav Doronin were reportedly in a relationship from 2008 to 2013. Doronin is reported to have claimed in court documents that the supermodel was refusing to pay back loans and return personal property after the split.
In the case, filed in the supreme court of the state of New York and dated September 4th 2020, the Russian billionaire has reportedly claimed that Ms Campbell had not returned property he valued at $3 million (£2.3 million).
In a "summons of notice", which was reportedly 2 pages long, lawyers for Mr Doronin stated he was seeking "damages relating to personal property" and "arising from [the] defendant's wrongful refusal to repay loans made by plaintiff to defendant".
The document said, "Upon your failure to appear, judgment will be taken against you by default for the relief sought, including for compensatory damages in an amount to be determined at trial." There had been no immediate response from representatives for Ms Campbell according to US celebrity news website TMZ.
Mr Doronin, who has luxury property and apartments all over the world, is a former commodities trader turned property tycoon. He launched the Capital Group in 1993 which became one of Russia's most successful property development companies.
He went on to control the Aman hotel group, linking the super-rich to exclusive properties in 20 countries across the globe. Last year, Mr Doronin told The Daily Telegraph, "My home is on a plane. I spent 798 hours on a plane last year. Five times around the world."
Mr Doronin's lawyers said that he was seeking monetary damages or an order of seizure for, "the return of personal property valued in excess of $3 million".
Ms Campbell's London-based lawyers and her New York-based publicists did not immediately return requests for comment.
Active Legal