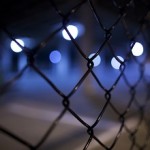 Disruption broke out at HMP Birmingham after several inmates refused to return to their cells.

The disorder started just after 17:00 on Sunday and resolved at 23:45. No staff or prisoners were injured, and the Prison Service said the disruption was confined to just one wing.

It also said the incident did not pose a threat to members of the public.

HMP Birmingham, operated by G4S, was the scene of 12 hours of disorder in December 2016, which required riot teams to be deployed.

A spokesman for G4S said trouble flared "after a group of prisoners refused to return to their cells" at the end of evening association. He said:

"Staff have successfully resolved disorder on one wing at HM Prison Birmingham.  No staff or prisoners were injured during the incident and the rest of the establishment was unaffected."

One inmate was taken to hospital with an unrelated medical matter.

HMP Birmingham is a Category B and C prison. G4S took over running the jail from the Prison Service in 2011.

If you have been injured in an accident at work, you may be entitled to compensation. Call our team on 0121 355 4700 to find out if you might have a claim.