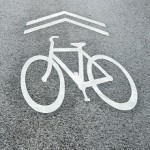 Trucker Fined For Driving Too Close to Cyclist

A Birmingham trucker has become one of the first motorists in the country to be prosecuted for driving too close to a cyclist after an undercover police operation.

Plain clothes police officers have been cycling around Birmingham and the Black Country in a bid to snare drivers who are putting lives at risk.

The unnamed trucker has been ordered to pay fines and costs totalling £1,038 and was given five points on his licence following the unsafe manoeuvre on Tipton's Park Lane West in November last year. He was found guilty following a trial at Birmingham Magistrates Court.

"This was a clear case of a close-pass. The cyclist was nearly forced into the kerb and the actions of the truck driver could easily have caused a very serious collision. He maintained his innocence, though, and has now been convicted in court.

"Our advice to drivers overtaking cyclists and other vulnerable road users like horse riders is to be patient, plan your overtake, and give plenty of room. The Highway Code says drivers should give the same room as when overtaking another vehicle which is about 1.5-metres or an open car door's width."

If you have been injured on the roads and another individual was to blame, you may be entitled to compensation. Call our claims team on 0121 355 4700 to discuss your circumstances.