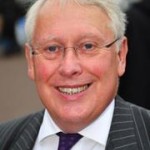 We went too far on legal aid, Neill tells government

The Ministry of Justice has reached the final stage of it's long-awaited review, as MPs make one last attempt to convince the Government to undo its controversial legal aid reforms.

Labour MP, Andy Slaughter, who secured debate on the future of legal aid, told justice minister Lucy Frazer that, 'it becomes wearing to hear minister after minister repeat the mantra that legal aid is an important part of our legal system and that all individuals must have access to justice, without ensuring that the resources are there to allow that to happen. That is a disconnect.'
He has called on the Government to lessen the criteria for obtaining legal aid and restore funding for early access to legal advice. He said: 'Those will not be unfamiliar requests to the minister, but they encapsulate solutions to three major and predicted calamities of LASPO.'
Explaining LASPO, Bob Neill, chair of the House of Commons justice select committee, said the legal aid system 'did not work as efficiently as it might.' As a barrster he said, 'I can think of rolled-up conspiracy trials that went on for about six months, where two barristers for each defendant would ask about one question a week. Frankly, that was not an expenditure that could be justified, and it was not targeting things in the right way.'
The Conservative MP said successive governments, in seeking legal aid reform, 'have run the risk of throwing out the baby with the bathwater'.
He said: 'In cutting down on some instances of needless expenditure that went beyond what was necessary to ensure justice, there is always a risk that the pendulum will go too far the other way. Having looked at the matter and tried as a lawyer to look at the evidence, I am sorry to say that I am driven to the conclusion that that is what has happened here.'
He added: 'If we believe in following the evidence, as we all do in any legal process, and if the evidence indicates that things have gone too far the other way and we have the chance to change them, there is no shame in admitting that. It would be honest politics, good government and entirely consistent with the spirit that the minister and her ministerial colleagues seek to bring to our approach. Where we can put things right, it is better to accept the position, act on the evidence and ensure that we have a better basis for legal funding and access to justice.'
Conservative MP Alex Chalk, formerly a criminal barrister, said, 'Sometimes the best advice that a lawyer can give at an early stage is, "For goodness sake, don't litigate".
Justice Mininister Frazer told the debate that 'at various points, an impartial observer might have thought that this government spend a paltry sum, or no money at all, on legal aid but that is not the case at all'. And added the Government 'have not stood still on legal aid' whilst outlining areas where legal aid has been extended.
The review is expected by the end of the year.
For confidential, legal advice contact our specialist solicitors on 0121 355 4700