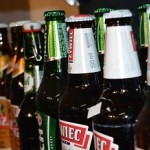 The West Midlands saw the second highest number of arrests in the country for drink-drivers involved in serious accidents.

New figures from the Department for Transport show that across the region in 2015, a total of 7,804 drivers involved in accidents were tested for alcohol, with 390 testing positive. This figure is up 12.7 per cent on the previous year.

The data also reveals that across the UK in 2015, 1,370 people were killed or seriously injured in drink-drive collisions, up 5 per cent on 2014. The rise has led campaigners to call for extra police numbers to crack down on drink-driving.

"Selfish drink drivers destroy lives and inflict appalling suffering on families up and down the country.

"There will be more, unrecorded, casualties involving drivers impaired by alcohol but under the current limit.

"The drink drive limit in England and Wales is the second highest in Europe and must be lowered urgently. In addition, savage cuts to road traffic policing must be reversed and enforcement increased to crack down on dangerous drink drivers."

If you have been injured on the roads and somebody else was to blame, you may be entitled to compensation. Call our claims team on 0121 355 4700.