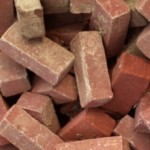 A middle-aged man narrowly avoided serious injury after a neighbour's wall collapsed and crushed his car while he sat inside.


The man, identified as being in his 60s, managed to scramble out of the wrecked car without any assistance, escaping with just a small head injury. Paramedics from the West Midlands ambulance service said it was a miracle the man didn't sustain more serious injuries from the brick rubble and debris, which fell six metres to the drive below.


"When ambulance staff arrived they found a badly damaged car covered in bricks parked on a driveway in between two houses. The second-storey outside wall of the neighbouring house had collapsed on to the car while a man was sitting inside.


"Much to the amazement of ambulance staff, the man who had been in the car was out of the vehicle. Upon assessment, he was found to have sustained a minor head injury."


After being treated by the paramedics at the scene in Richmond Hill, Oldbury, the man was taken to Sandwell General Hospital in West Bromwich for further assessment and treatment.


If you've been injured following an accident that wasn't your fault, contact our injury solicitors on 0121 355 4700 for advice.