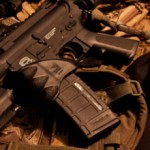 West Midlands Police have been fined £50,000 after a firearms officer lost the end of his finger in an industrial machine.


A firearms officer for West Midlands Police lost the end of his trigger finger after chopping it off destroying a seized sub-machine gun with a hydraulic shear machine. He sustained the "career-threatening injury" whilst serving with the counter terrorism unit in July 2014, after the loss of the machine's operating manual and safety tongs.


"Public money will simply move from one public body to another. It has been a difficult balancing process and I have substantially reduced the fine."


If you want to make an injury compensation claim, contact our accident solicitors on 0161 355 4700 for advice.